Have you ever looked at your circumstances and thought, I would love to have a chance to do that again? Or If I could just change that, I would. I need a fresh start. That is what grace is all about.
John chapter 8 tells the story of a woman caught in adultery. The Jewish law declared that marital unfaithfulness was punishable by stoning. Religious leaders brought the woman to Jesus to see if He would follow the law of Moses and condemn her to death. But to their surprise, Jesus did not accuse her. After writing on the ground, Christ said, “He who is without sin among you, let him be the first to throw a stone at her” (v. 7). The group slowly dispersed, the oldest ones leaving first.
After everybody left, Jesus looked at the woman lying at His feet. She knew He was a man of God. How exposed and embarrassed she must have felt—that is, until Jesus revealed His word of forgiveness and hope to her heart: “I do not condemn you . . . Go. From now on sin no more” (v. 11). He forgave the woman and set her free.
Perhaps there’s something you would like to erase from the past. Just the thought of it brings feelings of condemnation and sorrow. Jesus gave the woman caught in adultery a second chance, and that’s what He will give you. If there is sin in your distant or recent history, know that when you ask God for forgiveness, it is done. He will never bring the matter up again.
In fact, the only cure for sin of any kind is God’s grace applied to our lives. This changes the stumbling sinner into a person living victoriously for Jesus Christ. His death on the cross was sufficient payment for all your sins. Only almighty God can love you so much.
Second chances encourage us not to give up, even when the whispers of the world suggest the opposite. I don’t mean we get another chance after death to receive the Lord Jesus as Savior. But in this lifetime, He lavishes His forgiving love upon us after we have thoroughly blown it. We are never outside of God’s grace.
For instance, many people hear the gospel several times before they receive the Lord. He doesn’t give up wooing them to Himself. He is the God of the second chance—and often a thousand chances. Sometimes a person rejects the gospel for years, until one day, because the Father bestowed grace on the individual, he or she finally becomes His child.
If we received what we deserve for our sin, we’d all be condemned. There would be no second chances. We should want what we don’t deserve, and that is grace.
The Bible teaches that salvation is not based upon our works. Ephesians 2:8-9 says, “For by grace you have been saved through faith; and that not of yourselves, it is the gift of God; not as a result of works, so that no one may boast.” In other words, salvation is a gift we receive by faith.
Even the ability to believe comes from God. So salvation is grace from start to finish—not something that we work up or work on. Good deeds don’t merit being saved. Otherwise, we could boast, “I did this” or “I did that.” Only the heavenly Father can rightfully boast, “I did this: I provided all that these sinners need through My Son.”
God loved you before you knew Christ. He cared so much that He sent His Son to earth to give you new life: “God demonstrates His own love toward us, in that while we were yet sinners, Christ died for us” (Rom. 5:8).
Jesus’ life, death, and resurrection were God’s supreme brush stroke of grace across the canvas of creation. Christ is the embodiment of all hope. If you have received Him as your Savior, His life is within you, and His grace is sufficient to remove every hint of sin’s stain. Let Him give you a second chance.
Adapted from Charles F. Stanley’s “Handbook for Christian Living” (1996)
and “Enter His Gates” (1998).
In Touch - Charles Stanley
http://www.intouch.org/
1 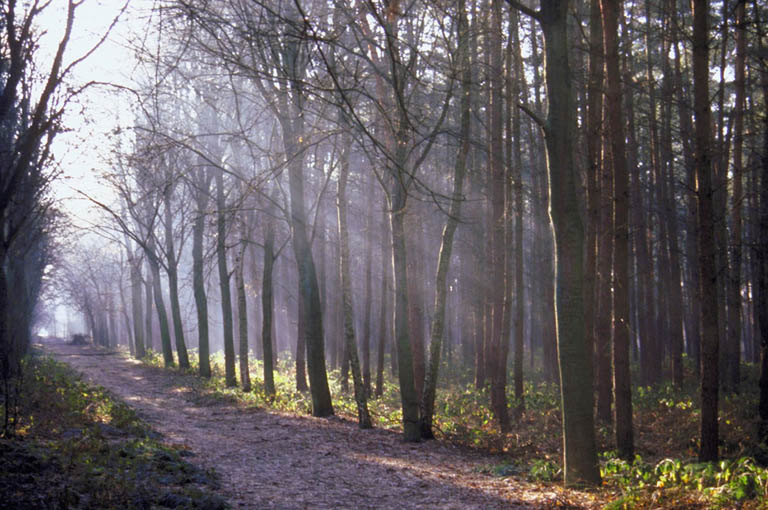 Have you ever looked at your circumstances and thought, I would love to have a chance to do that again?